The coypu (from the Mapudungun, koypu), (Myocastor coypus), also known as the river rat, and nutria, is a large, herbivorous, semiaquatic rodent and the only member of the family Myocastoridae. Originally native to subtropical and temperate South America, it has since been introduced to North America, Europe, Asia, and Africa, primarily by fur ranchers. Although it is still valued for its fur in some regions, its destructive feeding and burrowing behaviors make this invasive species a pest throughout most of its range.
There are two commonly-used names in the English language for Myocastor coypus. The name "nutria" (or local derivatives such as "nutria- or nutra- rat") is generally used in North America and Asia; however, in Spanish-speaking countries, the word "nutria" refers to the otter. To avoid this ambiguity, the name "coypu" (derived from the Mapudungun language) is used in Latin America and Europe. In France, the coypu is known as a ragondin. In Dutch it is known as beverrat (beaver rat). In Italy, instead, the popular name is, as in North America and Asia, "nutria", but it is also called castorino ("little beaver"), by which its fur is known in Italy. Coypus live in burrows alongside stretches of water. They feed on river plants, and waste close to 90% of the plant material while feeding on the stems. 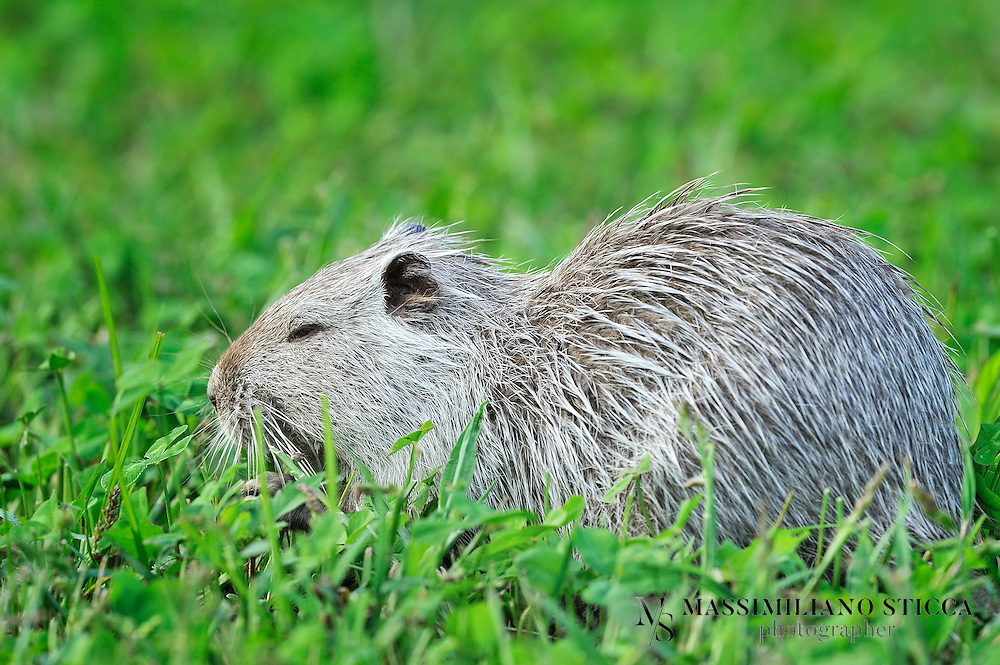