The Smew (Mergellus albellus) is a species of duck It is somewhat intermediate between the typical mergansers (Mergus) and the goldeneyes (Bucephala), the only member of the genus Mergellus. Sometimes included in Mergus, this genus is distinct (though closely related) and might actually be closer to the goldeneyes. The Smew has interbred with the Common Goldeneye (B. clangula).
An unnamed fossil seaduck, known from a humerus found in the Middle Miocene Sajóvölgyi Formation (Late Badenian, 13–12 million years ago) of Mátraszõlõs, Hungary, was assigned to Mergus. However, the authors included the Smew therein, and consequently, the bone is more properly assigned to Mergellus—especially as it was more similar to a Smew's than to the Bucephala remains also found at the site. It is sometimes argued (e.g. by Mlíkovský in Cenozoic Birds of the World) that the Mátraszõlõs fossil is too old to represent any of the modern seaduck genera, but apparently these were all well-distinct even back then.
Fossils from the earliest Pleistocene found in England indicate that the living species was extant 1.5 to 2.0 million years ago. 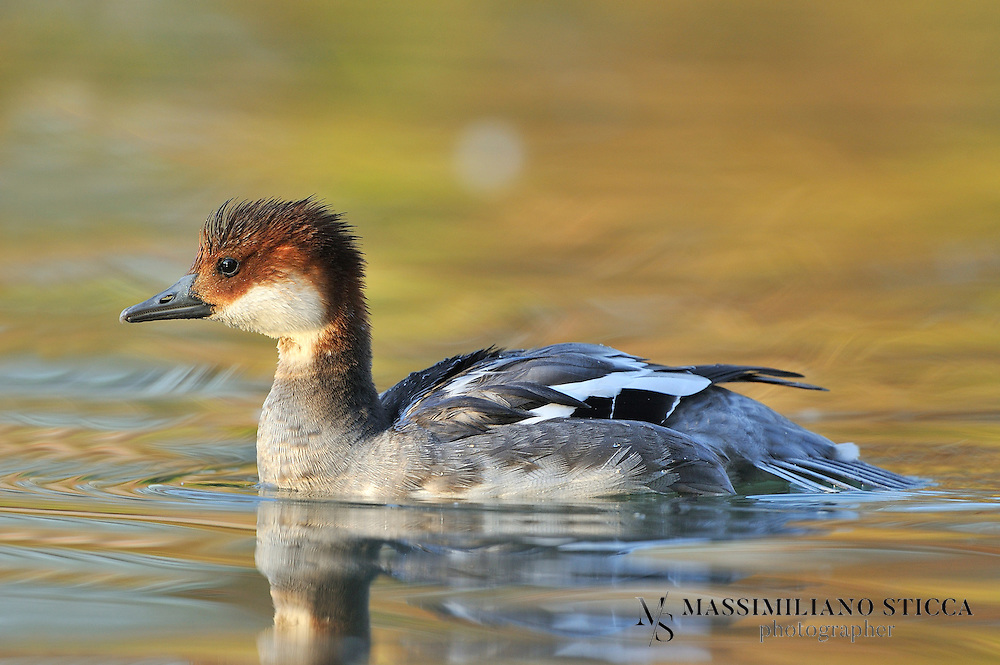