The Madagascan fish eagle (Haliaeetus vociferoides) or Madagascar sea-eagle (to distinguish it from the Ichthyophaga fishing-eagles) is a large bird of prey in the family Accipitridae which also includes many other diurnal raptors such as kites, buzzards and harriers. The range of this eagle is within the Madagascar dry deciduous forests. It is a medium-sized sea eagle, 60–66 cm (24–26 in) long and with a wingspan of 165–180 cm (65–71 in).
Its closest relative is the African fish eagle, Haliaeetus vocifer. Together, they form a distinct species pair lineage of sea-eagles, which separated soon after the divergence of the genus; they retain the ancestral dark beak, talon, and eye, but unlike other Haliaeetus species, they always have at least partially white tails, even while juvenile. As in other sea-eagle species pairs, one species (the Madagascan fish eagle in this case) has a tan head, while the other has a white one. 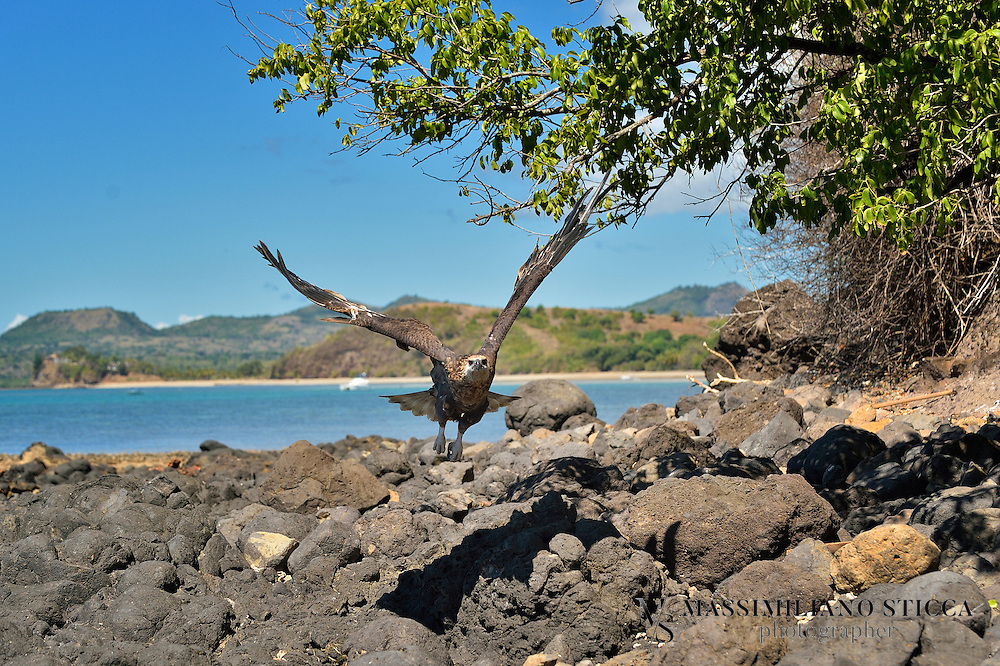