The Cape Wagtail (Motacilla capensis) is a small passerine bird in the family Motacillidae, which includes the wagtails, pipits and longclaws.
This species breeds in much of Africa from eastern Zaire and Angola across to Kenya and south to the Cape in South Africa.
This is an insectivorous bird of open country, often near habitation and water. It prefers bare areas or short grass for feeding, where it can see and pursue its prey. In urban areas it has adapted to foraging in gardens or paved areas such as car parks. Pairs make bulky nests in crevices in natural and man-made structures, and lay up to seven eggs.
The Cape Wagtail is a slender bird, 19–20 cm in length, with the characteristic longish, constantly wagging tail of its genus. The adult is plain grey-brown above, apart from pale wing edges and a short white supercilium. It has off-white underparts, with a dark grey band across the breast. Young birds are duller and have yellowish underparts. Cape Wagtail has a tsee chee chee call and a trilled whistled song.
This wagtail forages energetically for insect on the ground, alone or in pairs, moving with a characteristic bobbing motion that causes the tail to swing up and down. Feeding is often near water, including garden ponds, and this bird will eat tadpoles or tiny fish if the opportunity arises. 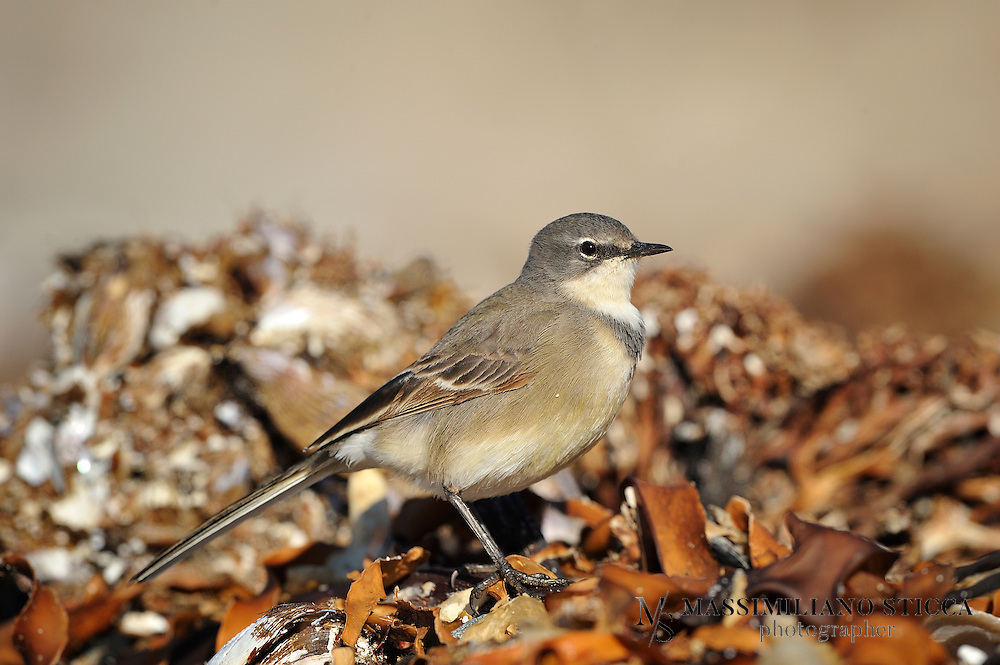