The Jungle Babbler (Turdoides striata) is a member of the Leiothrichidae family found in the Indian Subcontinent. They are gregarious birds that forage in small groups of six to ten birds, a habit that has given them the popular name of Seven Sisters or Saath bhai in Hindi with cognates in other regional languages which means "seven brothers".
The Jungle Babbler is a common resident breeding bird in most parts of the Indian Subcontinent and is often seen in gardens within large cities as well as in forested areas. In the past, the Orange-billed Babbler, Turdoides rufescens, of Sri Lanka was considered to be a race of this babbler, but is elevated to a species. 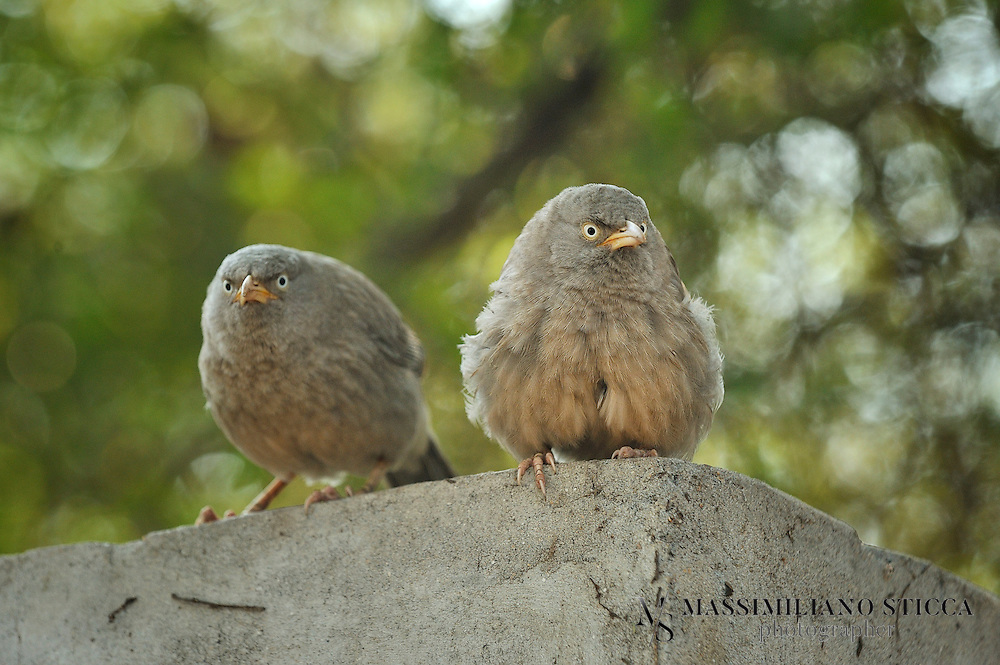