The Indian muntjac (Muntiacus muntjak), also called the red muntjac, common muntjac or barking deer, is the most numerous muntjac deer species. It has soft, short, brownish or greyish hair, sometimes with creamy markings. This species is omnivorous, feeding on grass,fruits, shoots, seeds, birds' eggs as well as small animals. It sometimes even displays scavenging behavior, feeding on carrion. It gives calls similar to barking, usually upon sensing a predator (hence the common name for all muntjacs of barking deer).
The male Indian muntjac has small, unbranched antlers which grow to about 15 centimeters (5.9 in) in length. The antlers grow annually from a bony stalk on the top of the head. Males are extremely territorial and—despite their diminutive size—can be quite fierce. They will fight each other for territory using their antlers or their (more dangerous) tusk-like upper canine teeth, and can even defend themselves against certain predators such as dogs. 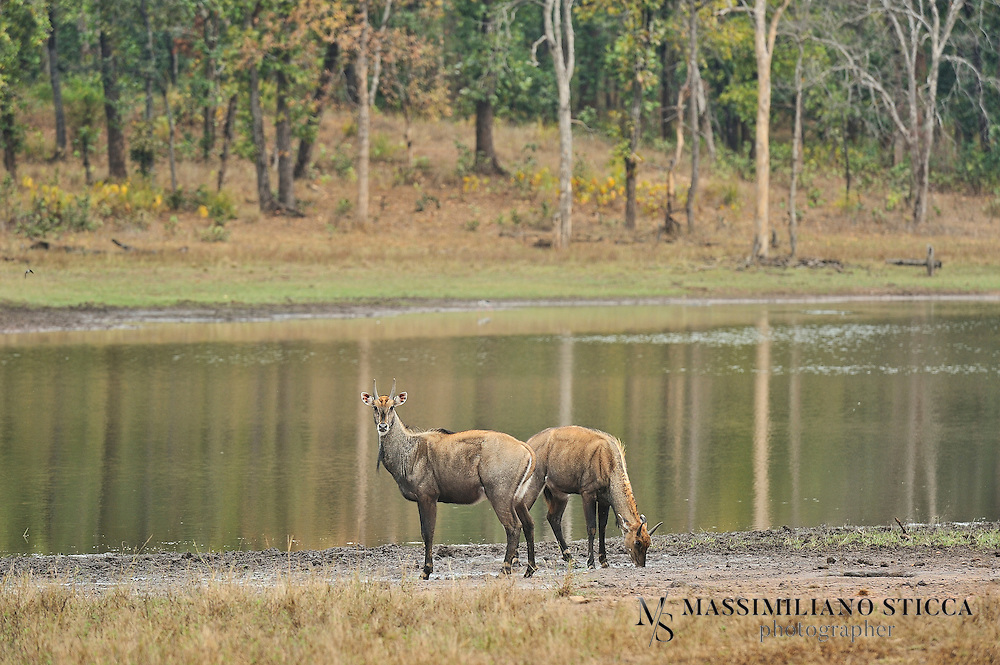