Great skuas.
This is a large skua, measuring 50–58 cm (20–23 in) in length with a 125–140 cm (49–55 in) wingspan. The adult is streaked greyish brown, with a black cap, while the juvenile is a warmer brown and unstreaked below. Its tail is short and blunt. The flight is direct and powerful. The Brown Skua's call is a harsh hah-hah-hah-hah; quacking and croaking noises have also been heard. Distinguishing this skua from the other North Atlantic skuas (Arctic Skua, Pomarine Skua and Long-tailed Skua) is relatively straightforward. The Herring Gull size, massive barrel chest and white wing flashes of this bird are distinctive even at a distance. It is sometimes said to give the impression of a Common Buzzard (which in America would be called a hawk). Identification of this skua is only complicated when it is necessary to distinguish it from the closely related large southern-hemisphere skuas. Some authorities still regard the Great Skua as conspecific with some of these southern skuas, and as a group they have sometimes been separated in the genus Catharacta, although currently this is not commonly followed. 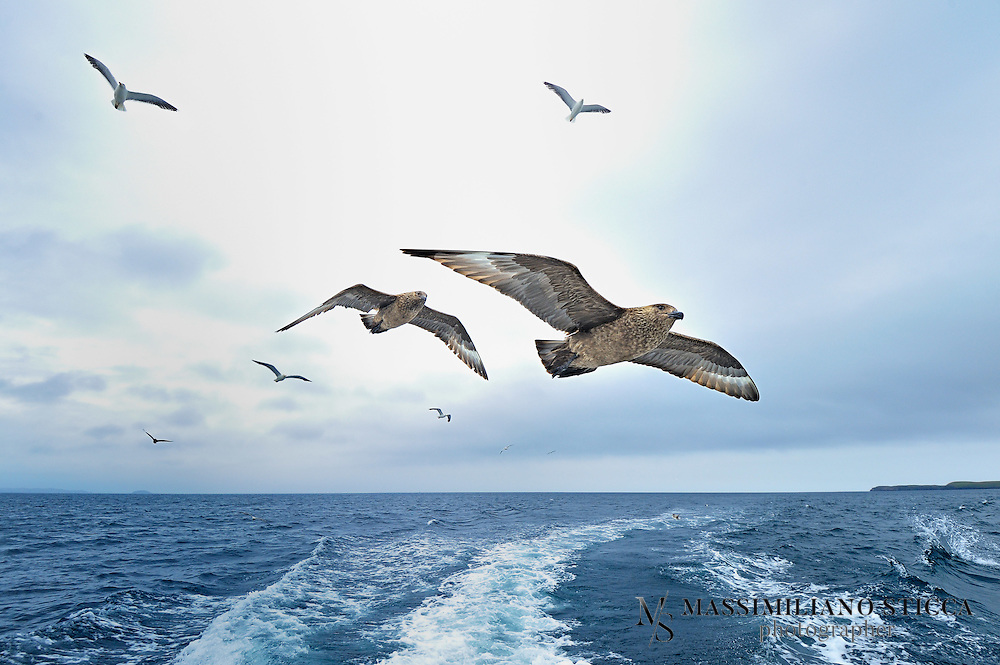