The European greenfinch, or just greenfinch (Chloris chloris) is a small passerine bird in the finch family Fringillidae.
This bird is widespread throughout Europe, north Africa and south west Asia. It is mainly resident, but some northernmost populations migrate further south. The greenfinch has also been introduced into both Australia and New Zealand. In Malta it is considered a prestigious song bird which has been trapped for many years. It has been domesticated and many Maltese people breed them.
Chloris is from the Greek Khloros meaning "green" or "yellowish-green". 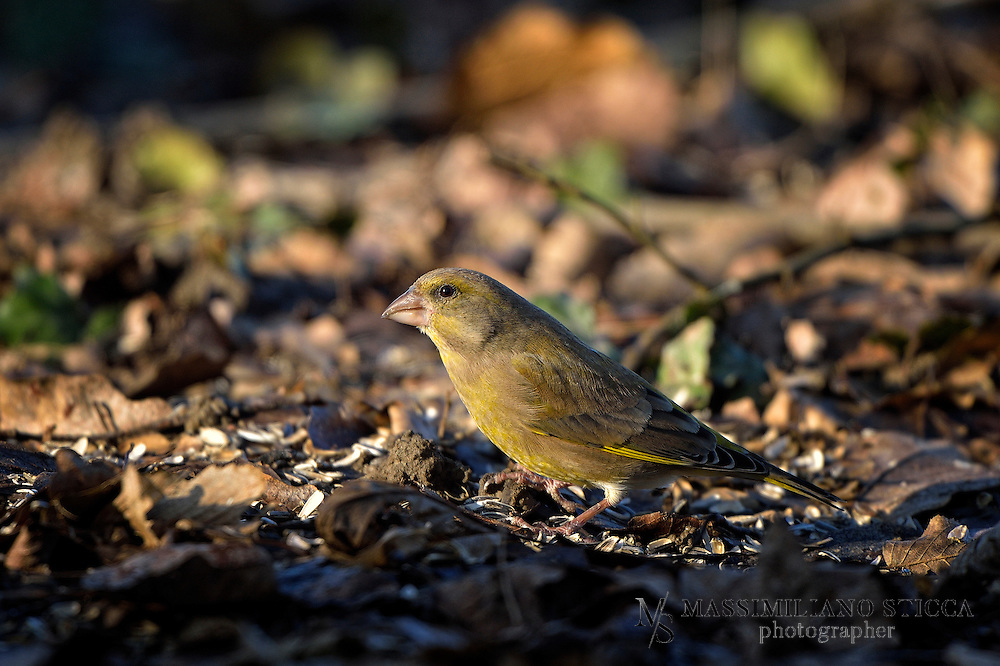